If you own a Toyokoki press brake and are thinking about buying a new system, you might want to consider the benefits of getting a press brake control retrofit instead. This could save you tens of thousands of dollars. Read on, and you will learn why!

The Toyokoki and Mitsubishi Partnership

Toyokoki Electric and Hybrid press brakes are built to last!

Toyokoki APB Press Brakes were the first 100% ELECTRIC press brakes, meaning no O-ring changes, no hydraulic oil changes, no packing replacements, and no leaking. They even consume less power than same-sized hydraulic machines. They are practically maintenance-free.

Mitsubishi no longer supports the Toyokoki press brake, and some manufacturer options are limited to machine replacement.

Unfortunately, the Toyokoki press brakes are no longer supported by Mitsubishi. Nor does Mitsubishi offer options for upgrades or replacement parts. The Toyokoki has been replaced by Mitsubishi branded Diamond BB Series and the VIDERE operator support system. Are you ready to spend a hundred thousand dollars or more on a new press brake?

When Toyokoki press brakes were manufactured in the 90’s Microsoft windows was based on MS-DOS and using a 16-bit DOS-based kernel and 32-bit userspace. As a result, the Toyokoki machines were using Offline Windows software to let operators store and retrieve files via RS232 to and from a PC.  In modern personal computers, USB has displaced RS-232 for most of its peripheral interface roles. Few computers come equipped with RS-232 ports today, so one must use either an external USB-to-RS-232 converter or an internal expansion card with one or more serial ports to connect to RS-232 peripherals. Furthermore, many are missing are advanced press brake control options that we take for granted today, including an intuitive graphic user interface, color LCD Displays, network capability, USB Job Transfer & Storage, and Programmable Delay/Retract between Bends.

What are my options for Upgrading my old Toyokoki CNC Controller?

Most fabrication shops are still working with old technology that needs to be upgraded. If your Toyokoki machine is having problems with its control system, the best and most affordable solution can be a new third-party CNC control that comes with a warranty and complete support.

The good news is that Automec can utilize existing Toyokoki back gauges and replace the obsolete control system with our PC-based, Fasfold Controller. As a result, you will get a great new system backed by a warranty and ongoing support.

This is where Automec, Inc. can help! Automec can upgrade your Toyokoki press brake controller for less than half the price of purchasing a completely new system. You can get control upgrades for most back gauges, including the Toyokoki APB and HYB Series.

What are my options for a new servo-electric press brake with a warrantee and a state-of-the-art controller?

Can I get a deal if I trade in my Toyokoki Press Brake?

How about trading in your Toyokoki brake? Automec offers trade-in value towards a new CoastOne press brake purchase. 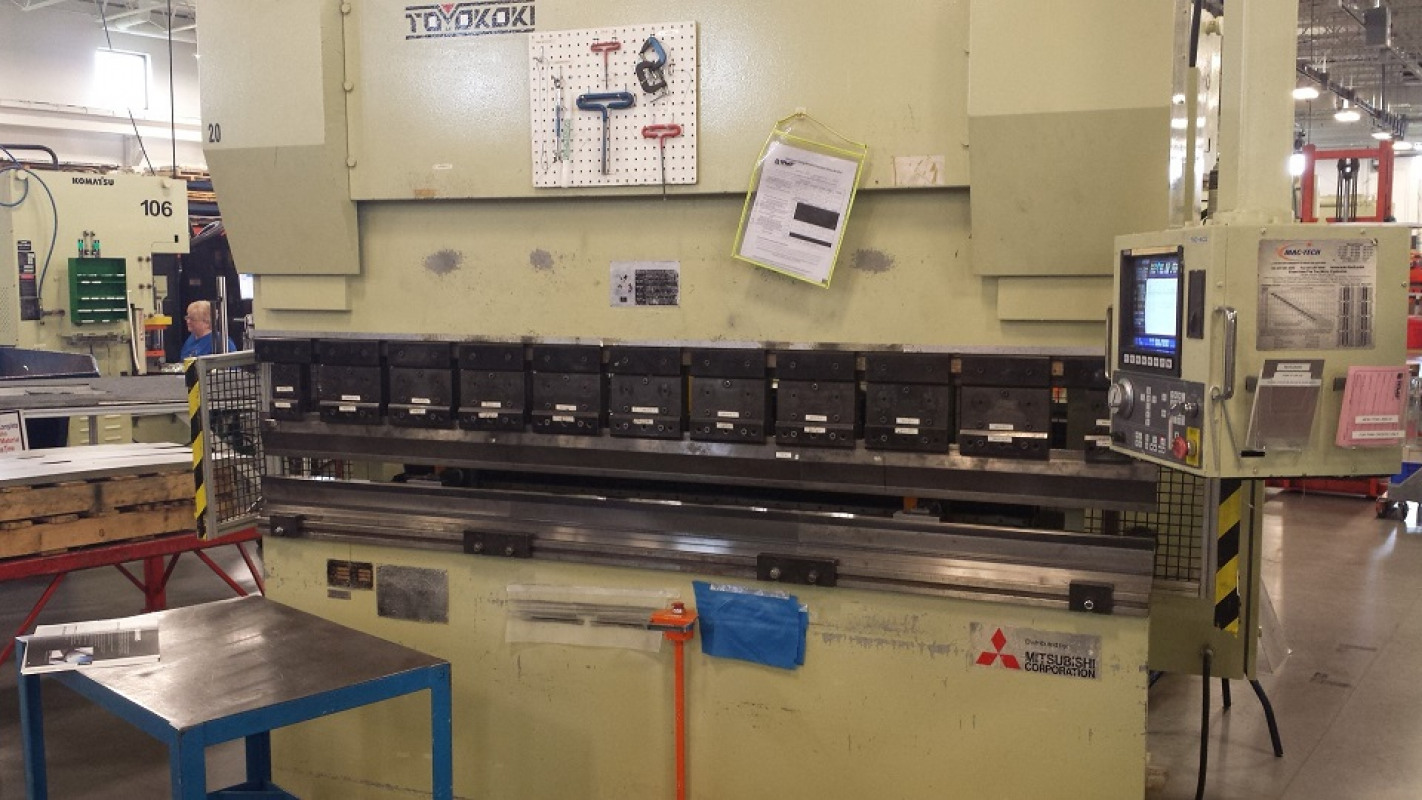 The Toyokoki APB-5613W is a large 6-axis, 56-ton press brake has a 4″ stroke and 4 feet of bending length to work with. Like other Toyokoki 6-axis brakes, the ram tilts automatically when bending off-center to keep angles consistent from left to right. Dual ball screws allow users to perform left/right, independent bending and angle correction without shimming. Standard automatic thickness sensing adjusts for varying thicknesses of metal stock and ensures that operations are accurate. And because it has 6 axes of control, operators can perform multiple tool setups on the same machine for quick and efficient stage bending.

Larger than the 56-ton model, the 5620 gives you an extra two feet of bending length. Also a 6-axis model, it comes with dual ball screws that allow users to perform left/right, independent bending and angle correction without any shimming. Standard automatic thickness sensing adjusts for varying thicknesses of metal stock and ensures that operations are consistently accurate. And because it has 6 axes of control, operators can perform multiple tool setups on the same machine for quick and efficient stage bending. 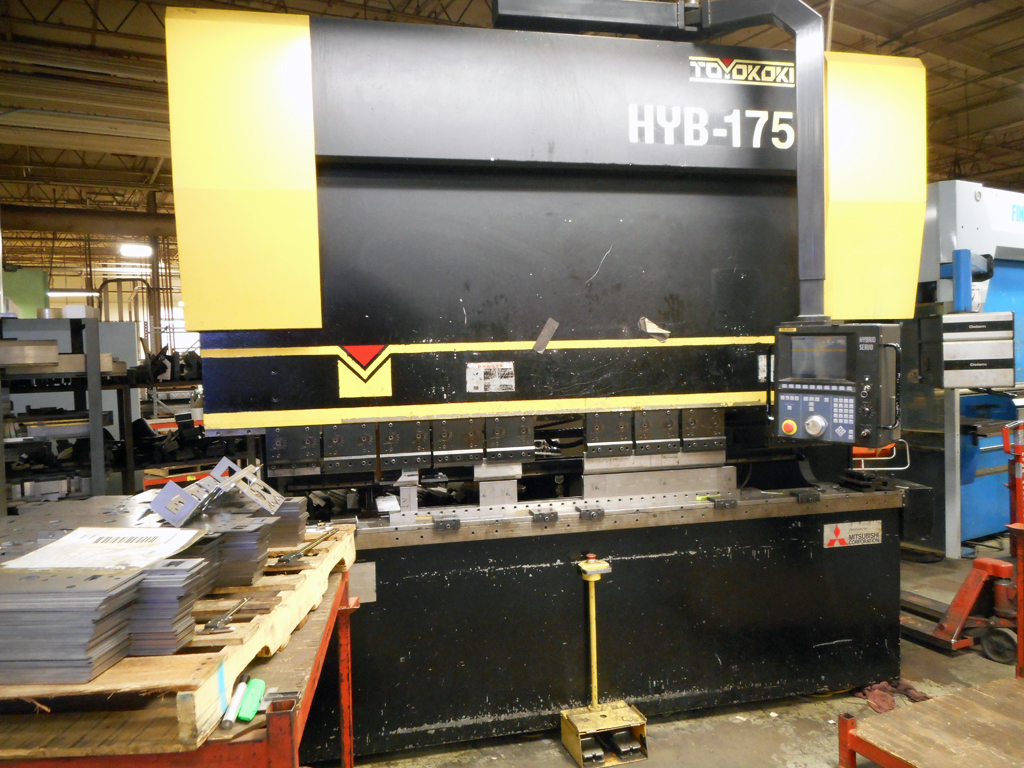